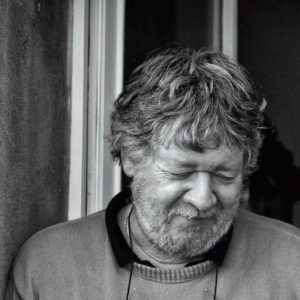 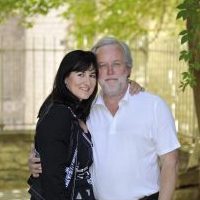 Château Dalmeran  |  Béatrice and Neil Joyce, Owners
Englishman Neil Joyce and his wife Beatrice are the proud owners of Dalmeran, based in the Alpilles region near Saint-Rémy.  The vines–grenache, syrah, cabernet-sauvignon and cinsault–were planted over 25 years ago in a clay and limestone soil on the slopes of two valleys. The vineyard uses traditional cultivation techniques:  no inorganic fertilisers, no herbicides, only a few organic compounds and constant working of the sun and sub-soil. Dalmeran White and Rose wines have been officialy classed as organic since 2011. The yields have been voluntary limited to under 3500 litres per hectare.
Available for purchase:    Baux de Provence AOP — Château Dalmeran 2019 (rosé) 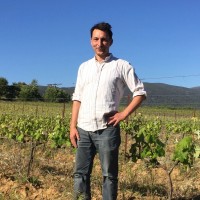 Château Fontvert  |  Fabrice Monod, Owner;  Yoann Malandain, Winemaker
The Domaine de Fontvert was built in the second half of the XVIIth century by a Huguenot family.  For more than three centuries, the estate was carefully tended by successive generations of the same family.  In the middle of the last century, it was purchased by the mayor of Lourmarin, Dr. Olivier Monod.  In 1999, he passed it on to his son Jérôme grandsons Fabrice, Guillaume and Donatien.  Since the year 2000, Château Fontvert has acquired a modern vat house, an underground cellar and a packaging and consignment shed, guaranteeing the authenticity and the excellence of the various vintages.
Available for purchase: Luberon AOP — Château Fontvert-Cuvée Soulèu e Terraire 2018 (red);  Luberon AOP — Château Fontvert-Cuvée Soulèu e Terraire 2019 (rosé) 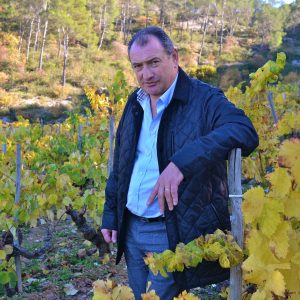 Château Simone  |  Jean-François Rougier, Owner
The history of the chateau illustrates the ongoing relationship between the vineyard and a long line of wine growers on an exceptional terroir.  Located in the commune of Meyreuil and just four kilometres from Aix en Provence, the old bastide of the Grands Carmes d’Aix monks, now the Chateau Simone, has been in the hands of the Rougier family since 1830.
Available for purchase: Palette AOP — Château Simone 2017 (white); IGP Bouches du Rhône — Les Grands Carmes de Simone 2016 (white) 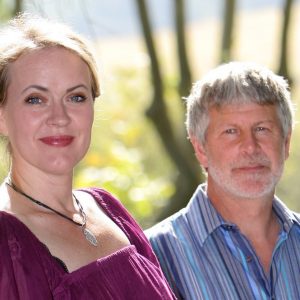 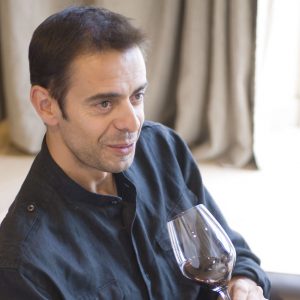 Chêne Bleu  |  Xavier et Nicole Rollet, Owners; Jean-Louis Gallucci, Winemaker
Jean-Louis Gallucci discovered his passion for winemaking in 1998 when he moved to La Verrière with his wife Bénédicte, Chêne Bleu’s viniculturist and the sister of the domain’s proprietor (and Master Beekeeper) Xavier Rolet.  He studied oenology and viticulture, then worked in various Domaines in the Côtes du Rhône, Châteauneuf-du-Pape, and in Côtes du Ventoux. Together with Bénédicte, Xavier, and Xavier’s wife Nicole Sierra-Rolet, who manages all the activities beyond the viticulture and winemaking, Jean-Louis works to promote the vision of Chêne Bleu: an unwavering pursuit of quality, commitment to the environment and equal respect for tradition and innovation in everything they do.
Available for purchase:  Ventoux AOP — Chêne Bleu-Astralabe 2015 (red); IGP Vaucluse — Chêne Bleu 2019 (rosé) 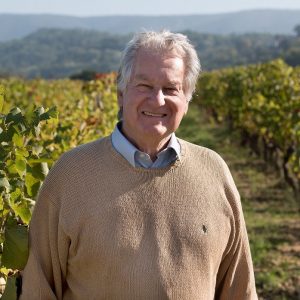 Domaine de la Citadelle  |  Yves Rousset-Rouard, Owner
A native of Marseille, Yves Rousset-Rouard left a life devoted to cinema and theater to follow his passion for viticulture.  After 30 years, through hard work and patience, and thanks to a very selective choice of plots, he has succeeded in creating one of the reference areas of the appellation.  Since 1993, visitors to the domain can also enjoy a stroll through the Musée de Tire-Bouchon, a beautifully-displayed collection of 1200 corkscrews from the 17th century to the present day.
Available for purchase:  Luberon AOP — Domaine de la Citadelle-Gouverneur St Auban 2017 (red) 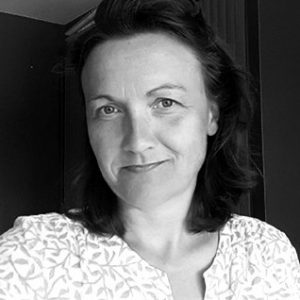 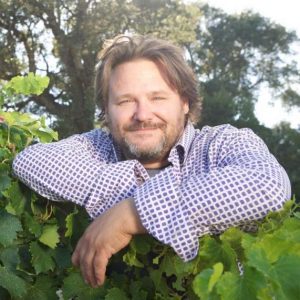 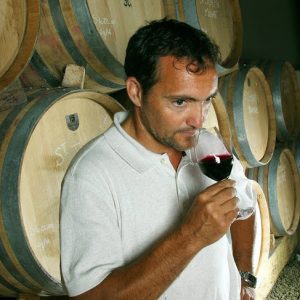 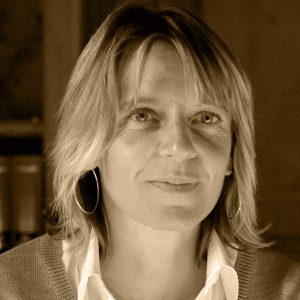 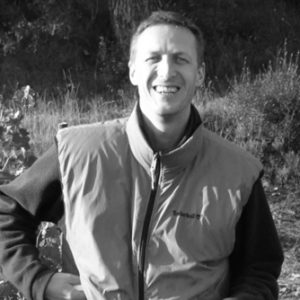 Domaine Richeaume  |  Sylvain Hoesch, Owner & Winemaker
In 1972, Henning Hoesch gave up his career as a historian at Yale University to become a pioneer of organic farming and viticulture in southern France.  His son Sylvain joined the estate in 1994, after studying oenology in Marseille and working for renowned estates in Australia and California. Today, Sylvain manages the estate and the vineyard with the same rigor and demand for quality as his father.
Available for purchase:  IGP Méditerranée — Domaine Richeaume-Cuvée Columelle 2016 (red); IGP Méditerranée — Domaine Richeaume-Cuvée Tradition 2018 (white) 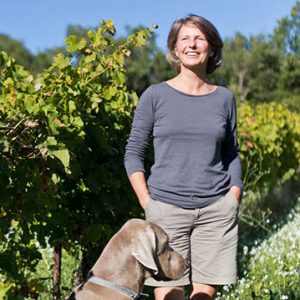 Domaine St Amant  | Camille Norsworth, Owner & Director
Camille Wallut is an architect by training, and a second-generation vigneronne, who returned to take the reins of one of the most extraordinary estates in the southern Côtes-du-Rhône when her father, Jacques Wallut, retired in 1997.  Her 13 hectares of vines are planted at an average altitude of 500 meters, in the shale and limestone foothills of the Dentelles de Montmirail above the village of Suzette. Some of the Grenache was planted more than eighty years ago. Included is a parcel lying on a Mistral-swept terrace at 620 meters, which is the highest vineyard in all the Côtes-du-Rhône.
Available for purchase:  Côtes du Rhône Villages AOP — Domaine St Amant-La Tabardonne 2017 (white) 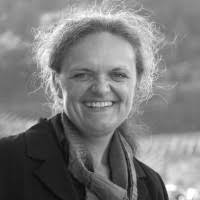 Domaine Sophie Cinier  |  Sophie Cinier, Owner and Winemaker
Following in the footsteps of her mother and grandfather, third-generation winemaker Sophie Cinier oversees her own domain in Fuissé, divided between the following appellations: Pouilly-Fuissé, Pouilly-Vinzelles, Saint-Véran, Mâcon Village and Mâcon Fuissé.  The tiny produced its first wines in 2000. The recent purchase of a new vineyard in Igé expanded the estate to nearly four hectares, with a hectare of Chardonnay for a Bourgogne Blanc and a Mâcon Villages Le Clos, and 0.2 hectare for Pinot Noir.
Available for purchase: AOP Pouilly Fuissé — Domaine Sophie Cinier – Vers Cras 2018 (white) 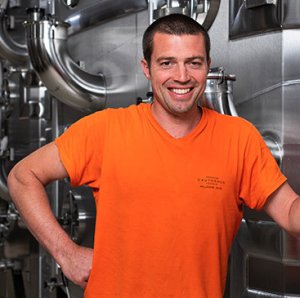 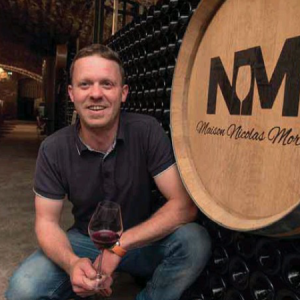 Maison Nicolas Morin  |  Nicolas Morin, Wine Merchant
Unlike many of his fellow vignerons, Nicolas Morin did not come from a family of wine growers.  A former barrel-maker by profession, he worked in Burgundy estates for eight years as a crop manager and cellar manager, eventually holding positions of cellar manager or cellar master in South Africa and Australia in the southern hemisphere, Saint-Estèphe and Pauillac in Bordeaux in the north. He established his Maison in Nuits-Saint-Georges in 2014 as a négociant eleveur, buying grapes from organic winegrowers in the Côte d’Or and creating his organic wines according to his own exacting standards. Since 2019, he has acquired 3 hectares of vines in the biodynamic Burgundy appellation.
Available for purchase:  AOP Nuit Saint Georges — Maison Nicolas Morin – Les Longecourts 2018 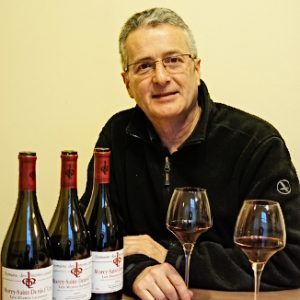 Domaine des Monts Luisants  |  Jean-Marc Dufouleur, Owner and Winemaker
This tiny estate was created in the mid-1970s by Bernard Dufouleur in the mid 1970s, in the famous village of Morey Saint Denis. His son, Jean-Marc, took over in 1999, recovering the vineyards that his father had leased out and creating, in 2000, the first estate-made wine. Although the methods used are not labeled as organic, Jean-Marc makes sure that he obtains healthy grapes, primarily by the soil cultivation and natural methods.  He has just produced his first vintage from a newly acquired plot in Corton; the plot is not only classified in Rognet and Corton (the only grand cru red in the Côte de Beaune), but also shared with the prestigious Domaine de la Romanée Conti.
Available for purchase:  AOP Morey Saint Denis — Domaine des Monts Luisants – En Pierre Virant 2015 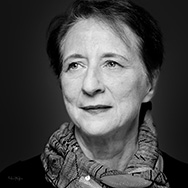 Domaine Tortochot  |  Chantal Tortochot, Owner and Winemaker
One of the more famous estates in Gevrey Chambertin, Domaine Tortochot has been in the same family for four generations. One of a growing breed of “viticulteurs” in Burgundy, Chantal Tortochot—the great granddaughter of the estate’s founder—made it her primary mission to convert the domain into an organic estate, using only chemical-free products and organic raw materials. Chantal is also an active member of the association “Femmes et Vins de Bourgogne,” an association that showcases influent women in the Burgunday wine industry.
Available for purchase:  AOP Gevrey Chambertin — Domaine Tortochot – Champerrier Vieilles Vignes 2018

Domaine Truchetet  |  Morgan and Julie Truchetet, Owners and Winemakers
In 2019, Morgan and Julie Truchetet took over the reins of the 5.3 hectare estate in the heart of Premeaux-Prissey, in the hamlet of Nuits Saint Georges. The 6th generation of winemakers in the family-run estate, they manage all the stages of wine production in a rigorous and ancestral way, using natural products and methods. In order to preserve the hundred-year-old plots, the plowing is done by horses, and no pesticides are used in the vineyard. Since 2020, the estate is the the process of becoming fully organic.
Available for purchase:  AOP Côtes de Nuit Village — Domaine Truchetet – 2018

Domaine Figuière  | Magali, Delphine and François Combard
For over half a century, the Combard family has been handing down the winemaking tradition to its sons and daughters. Magali, Delphine and François took the helm of the winery from their father Alain Combard and are proudly carrying on his pioneering spirit. Blending heritage and innovation, Figuière is a traditional winery using time-honored methods that aspires to boldly and creatively cultivate a living legacy through novel winemaking techniques.
Available for purchase: AOP Côtes de Provence – Domaine Figuière – Première 2018 (Red); Domaine Figuière – Première 2019 (Rosé)