Perhaps the next best thing to actually being in France is reading about France.  It’s one of our favourite pastimes, and over the years we’ve developed a reading list to delight every Francophile, no matter what your interests.  Here are a few of our favourites, arranged by category:

Van Gogh’s Ear  |  Bernadette Murphy (Author)
On a dark night in Provence in December 1888 Vincent van Gogh cut off his ear. It is an act that has come to define him. Yet for more than a century biographers and histo­rians seeking definitive facts about what happened that night have been left with more questions than answers. A compelling detective story and a journey of discovery, Van Gogh’s Ear is also a portrait of a painter creating his most iconic and revolutionary work, pushing himself ever closer to greatness even as he edged towards madness—and the one fateful sweep of the blade that would resonate through the ages. 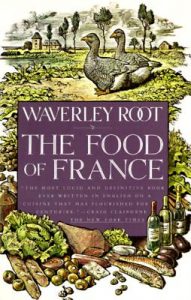 The Food of France  |  Waverly Root (Author)
A celebration of French cuisine and culture, from a culinary adventurer who made his mark decades before Anthony Bourdain arrived on the scene.  Traveling through the provinces, cities, and remote country towns that make up France, Waverley Root discovers not only the Calvados and Camembert cheese of Normandy, the haute cuisine of Paris, and the hearty bouillabaisse of Marseilles, but also the local histories, customs, and geographies that shape the French national character… 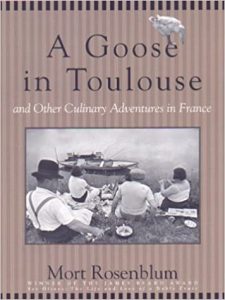 A Goose in Toulouse  |  Mort Rosenblum (Author)
Wending his way through the French countryside, Rosenblum takes readers on a tour of France. In Paris, he finds Alain Ducasse, with six Michelin stars, hard at work building an haute cuisine empire. He visits a snail rancher, oyster rustlers, and the fabled Chateau Petrus. Bruno the Truffle King rhapsodizes to him about fragrant black fungus. Looking at the way the French live through how they cook, eat, and market their cuisine, Rosenblum offers a picture of a country at war with the clichés that both define and degrade its national character.

Americans and the Making of the Riviera  |  Michael Wilson (Author)
Led by Cole Porter in the 1920s, Americans demonstrated that the best season to visit the French Riviera was not the winter, as had been the practice, but the summer. With this shift, Americans became the dominant shapers of tourism on the Riviera in the 20th century, yet the American achievement in revolutionizing the economy of the South of France is largely unsung.  This insightful history details the American influence on the Riviera and the contributions of such writers and artists as Edith Wharton, Gerald Murphy, Henry Clews, F. Scott Fitzgerald and Ernest Hemingway, whose work drew energy from their stays in the Riviera and in turn helped to cement an idyllic image of the Riviera in the American popular consciousness. 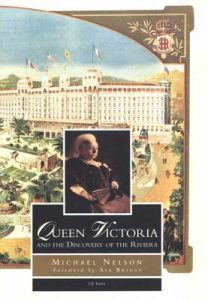 Queen Victoria and the Discovery of the Riviera  |  Michael Wilson (Author)
Queen Victoria fell in love with the Riviera when she discovered it on her first visit to Menton in 1882. Her subsequent visits helped to transform the French Riviera, furthering its discovery by royalty and aristocrats. This book paints a charming portrait of Victoria and her dealings with officials, statesmen, and the constant stream of visiting crowned heads to the Riviera. Based on original research in the Royal Archives at Windsor Castle, the book includes first-time access to the Queen’s journals.